Shaped by the water, inspired by the wind, Liepaja is Latvia's third most populous city and dates back to the 13th century when a village emerged on the shores of the Baltic Sea, Lake Liepaja and the lost river Liva. Naturally, with the advancement of trade, it became a significant port city, further strengthened by the opening of a railway line. Today, Liepaja's architecture reveals its history. 17th - 19th century wooden dwellings tell of ancestors' modest lifestyles, and grand Art Nouveau buildings testify to its wealth in the early 20th century. The Karosta area speaks of Liepaja's military history under Soviet rule, and warehouses and factories turned into creative quarters and hospitality businesses illustrate change.

A city of culture, its venues speak of the past, present and future

Most visible on the Liepaja skyline is the purpose-built Great Amber Concert Hall, opened in 2015 with the idea of bringing international stars and events to the city. It works! Before Covid-19, Liepaja was averaging 140 events a month at the concert hall and fellow venues, including Liepaja Theatre, Liepaja Museum, Liepaja Olympic Center, and the Latvian Society House. Newer additions include Kungu Street creative quarter and Juliannas pagalms (Julianna’s Courtyard), both examples of revamped architectural heritage.

Connected to the world, a convenient location for business

While Liepaja has invested in becoming a hub for culture and tourism, it has also kept its industrial side alive. Businesses benefit from the port and Special Economic Zone, proximity to Lithuania, railroad and the international airport. Liepaja is the only city in Latvia outside of Riga with regular air traffic. The flight time from Riga is approximately 30 minutes.

Andris Lanka is the founder of language service provider Valodu Vēstniecība. In his words: “Liepaja is the best place for daring to find out the true meaning of the term “quality of life”. On foot, the sea is just minutes from almost anywhere in town. Once there, clients on the other side of the world are a mere few clicks away.

A springboard and charging station - that's Liepaja to me, my family and businesses. This is where we refuel and dream big, where we find the inspiration to reach new heights.”

All the benefits of a student city

Liepaja also motivates and educates future generations. Multiple national universities operate regional branches in the city, but it also has its own Liepaja University, which offers studies in subjects such as ecotechnologies, resource management, new media art, linguistics, and tourism management. Thanks to the sizable young population, nightlife in Liepaja is lively.

If you can picture a sunset gala on the beach, meeting inside a stylised giant piece of amber or networking with some of Latvia's leading companies in export, Liepaja may be the right choice for you. Liepaja restaurants, hotels and suppliers are well versed in hosting. Request some ideas and a proposal from the local tourism information centre! 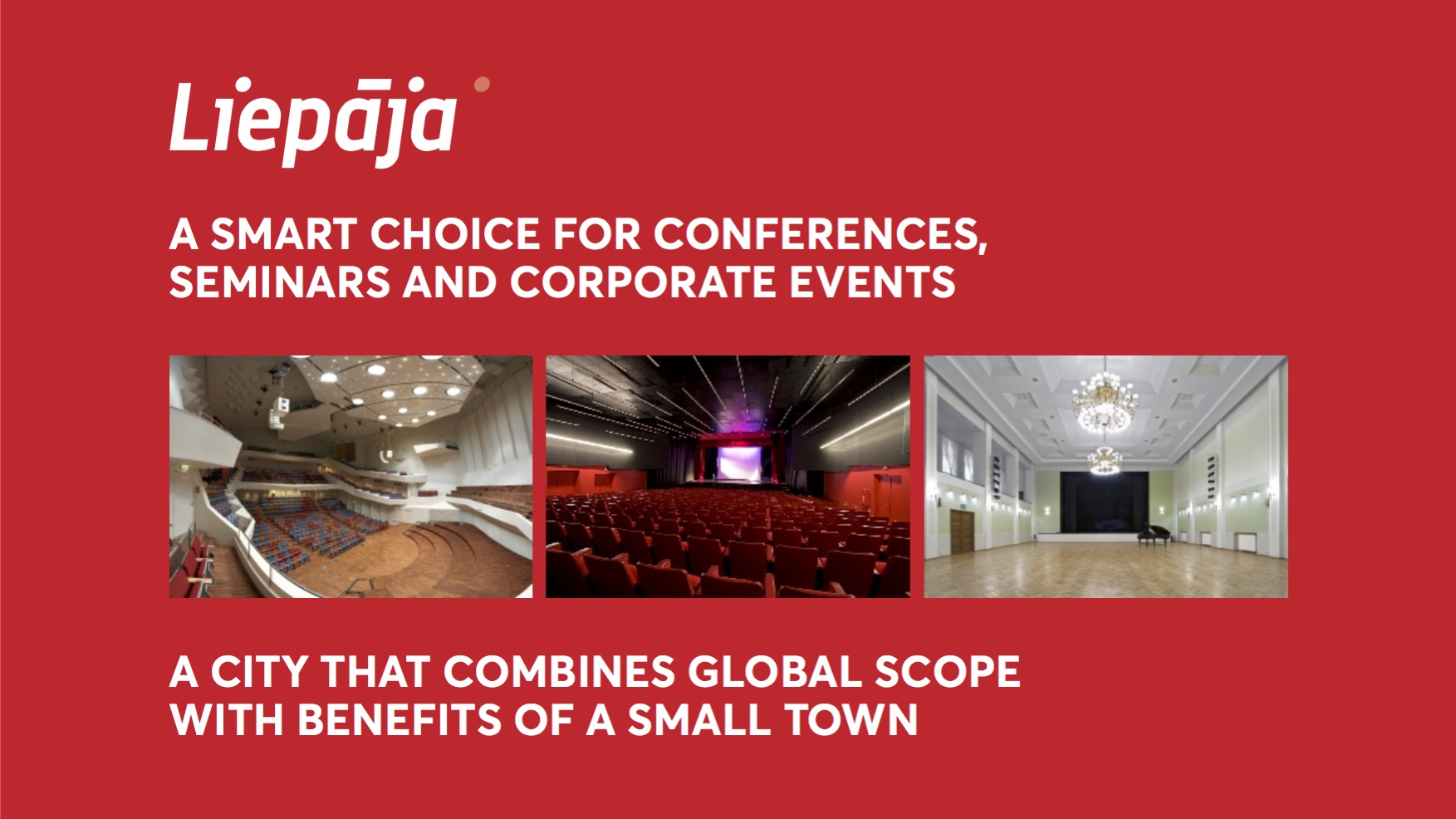